Samsung Galaxy S9 is launching on 25th February, it will be special 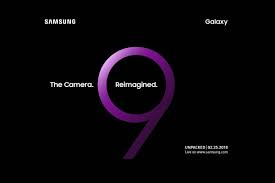