CES 2017 (Las Vegas) — Playing high-end games will no longer require having a high-end PC with the right specs. Nvidia announced a new service called Geforce Now that allows PC games to be remotely streamed to just about any laptop or desktop PC even if it has low-end specs. This also allows “Mac users” to install and play games that are typically limited to “Windows machines”. (Will it work on slow internet speed…?)
The service will debut in March. It works with game stores like Steam, Battle.net, and Origin, as well as free-to-play games. 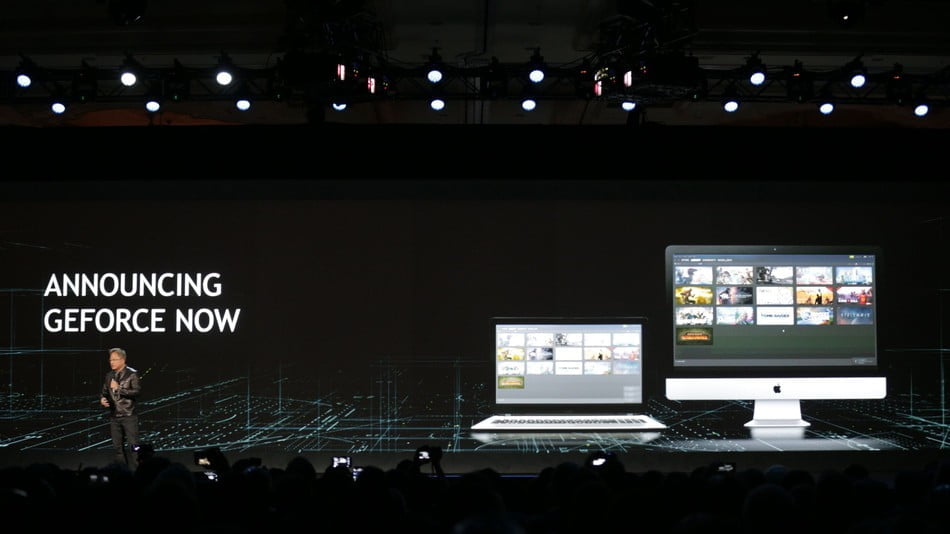 “This is one of those really incredibly hard problems,” Huang said. “The computational capability necessary for video games is so high and the interactivity requirement’s so high that any little bit of latency would ruin the experience.”