No Cash No Paytm- Demonetisation leads to No Money

“Paytm has removed its app from App Store after several iOS  users reported a Issues with it.”

Due to demonetization affect, Paytm witnessed huge traffic, with downloads growing by 400 percent within 24 hours of the government announcement. However, since yesterday, users have been reporting issues with the app. The company has acknowledged the issue and has attributed it to the sudden surge in traffic. Now a new bug has been discovered on the Paytm iOS app, which has made the app disappear from Apple’s App Store similar to Old Currency Notes disappear from everyone’s Wallet.

Paytm has again acknowledged the bug on the iOS app and has assured that an updated version will soon be rolled out. “Today we found a bug in our iOS app where certain app users were not able to pay thereby changing their app. Soon the system logged them out preventing them from further accessing their account.

PayTm Response For their Customers– We are sending an app update to Apple immediately and requesting them to approve the same as soon as possible. Once live, we request our users to update their iOS app,” the company explained. At the same time, Paytm has also assured that this bug is only limited to iOS users, and the services are working fine on web and the Android platform. 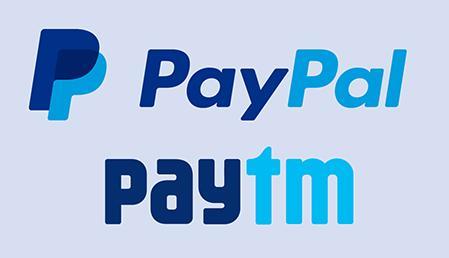 In addition to this Paytm has joined a growing list of Indian companies accused by foreign players of trademark infringement. California-based PayPal has filed a case against Paytm in the Indian trademark office for using a logo similar to its own. PayPal has registered five different logos with the Indian trademark registrar. It has the right to use any one of them. The company has been using the logo that it claims is similar to the Paytm one since 2007.