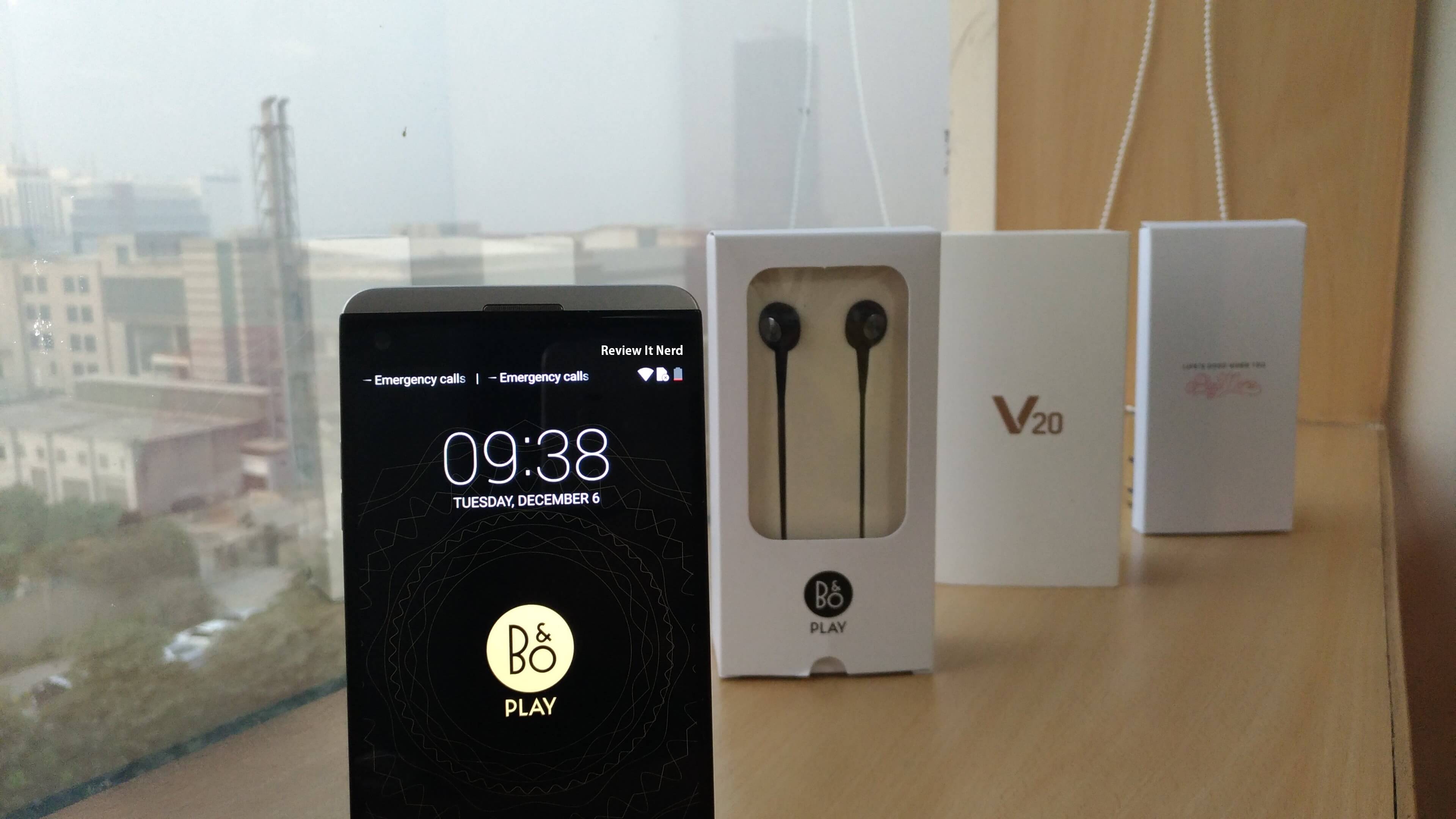 LG has finally launched the V20 in India, priced at Rs. 54,999 and will be available via retail stores and Amazon from December 6. While the phone was the first device to come with Android Nougat out of the box, but after the launch of Google’s Pixel smartphones, it is now on second.
The LG V20 features a 5.7-inch QHD display with a secondary 2.1-inch display located over it, similar to it’s predecessor LG V10. The phone is powered by a Qualcomm Snapdragon 820 SoC with a 4GB RAM. The phone offers 64GB of inbuilt storage that can be expanded by up to 2TB. At the back of the device we have a dual-rear camera setup consisting of a 16MP camera with a f/1.8 aperture lens along with an 8MP wide-angle lens. At the front, we have a 5MP camera which can cover 120 degrees of the area. The LG V20 also comes with a Quad DAC for audio (Learn More About It) as well as a removable 3200mAh battery. It is available three color variants – Titan, Silver and Pink color variants and comes with B&O Play headsets for free.
Unlike the LG G5, the V20 is not a modular smartphone, which was a disappointment.

LG V20’s quad-camera setup and with two front-facing shooters for even wider angle selfies, even iPhone 7 users would envy. The V20 is the first phone on the market to ship with four cameras: two in the front and two in the rear. LG’s secondary cameras allow you to pan out for an even wider field of view.

With the 16-megapixel main camera with f/1.8 aperture alongside a secondary 8-megapixel camera with a f/2.4 aperture and wide 12mm field of view. It’s unfortunate that the wider lens doesn’t capture images at the same high resolution as the main camera, but it nice to have a wider field of view when taking pictures of landscapes and large group shots.

With LG V20 company introduced “Quad DAC” HiFi audio (Read More About It). It does perform well , Sound is crisp with minimum noise and the B&O Play headsets goes along well. If you have a collection of lossless audio, the combination of V20 with B&O is the best you could desire.