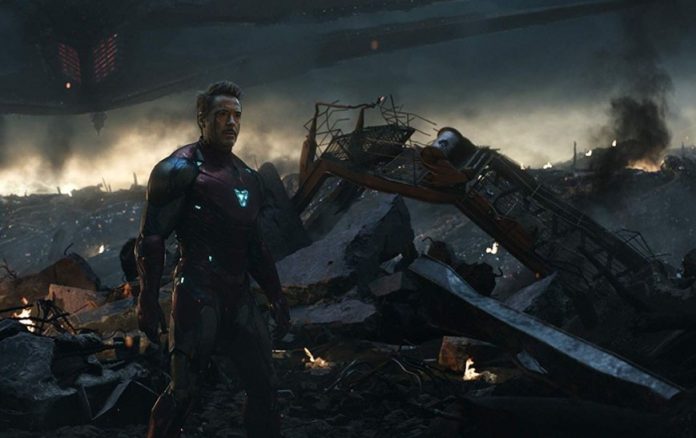 The end of the year is still a long way off, which means it’s too early to take stock, because we only have to see the juiciest cinema and, possibly, masterpieces – after all, new films by Tarantino, Jarmusch, and Besson await the audience, the winner of the 72nd Cannes Film Festival – the film “ Parasites “, the second part of ” It “, another” Terminator “, the sequel ” Shine” and the film comic strip” Joker “. In the meantime, let’s recall the prettiest paintings that were released in the first half of 2019 because this time should not be underestimated.

12Van Gogh. On the Threshold of Eternity

Poetic arthouse biopic about Vincent Van Gogh’s thoughtful walks in agony. A picture of loneliness and despair, which drive the creator crazy and push to the search for the divine. This is a movie that you need to not only understand how to feel. Long walks through the fields, showering yourself with the earth, looking at the sky, marvelous landscapes, thick brushstrokes that turn the painting into a sculpture, a drunken chamber under exciting tunes and a game with light and color. The worries of the European sufferer are not only visible, but also audible – Van Gogh’s thoughts sound aloud, and even palpable. We are approaching the creator, and the creator, admiring nature, is trying to reach the Creator in order to be on the very threshold of eternity. This is not only perhaps the best role of Willem Dafoe (the actor is 63, and the painter died at 37), but also the quintessential drama about the artist and art, which can be a gift, victim or curse. About the cut off ear is also here.

The author’s social, almost documentary drama by Sergei Dvortsovoy is a classic example of Russian Chernukha (in a good sense of a purely Russian word). Why? Because social, and because the drama is about a young Kyrgyz migrant in frosty Moscow, where visitors survive. The mother leaves the baby in the hospital and jumps out through the window for a shift – in the dirty basements, women are cutting hens. The sight is not pleasant. Cannes award Samal Yeslyamova for this role is understandable, because Hayka is almost a mono film that tells little about Russian reality, does not call for anything and does not even say anything interesting about Russia or the bleeding Kyrgyz. In the tradition of neorealism, several days are shown from the life of a stranger in a gray metropolis: slushy streets, ragged porches, stuffy apartments, a hostile society and mountains of snow.

10Lost in the Ice

There will always be small films that slip past the public. The author’s drama Joe Penna, nominated in Cannes for the directorial debut in 2018, is just such a movie – modest, but strong and instructive. This is an almost dumb mono adventure where the lone Mads Mikkelsen survives in permafrost, thoughtfully relishes a fish, crunches with packet noodles, drinks and chews snow, basks in the body of a fallen plane and fights off a bear. The life of the survivor is complicated when a helicopter crashes, which is about to save Mads. “Lost in the Ice” – about trials, nobility, hope, and determination. The story is magnificent in that you forget about its staging, and this speaks not only about the skill of the actor but also about the maturity of the director. After watching, you look at fire and water differently.

This documentary will not tell you anything new, in addition to what you already know about flying to the moon, but it will make you a full-fledged participant in that July 1969. Apollo 11 shows the flight of heroic astronauts from rocket launch to homecoming. However, the most amazing thing is that the film, depicting hundreds of scientists working during a historical mission, compiled from a documentary chronicle, most of which were not previously shown, supplemented by flight schedules, decorated with marvelous music and news reports that explain the sequence of events. Apollo 11 is dedicated not only to the journey to the moon, as a symbol of human curiosity, to show that this really happened, but also to those Americans who put their minds and souls into this “small step for man and a huge leap for mankind”.

It turns out that Netflix can surprise, and “Perfection” can be safely called one of the strangest and wildest films of this year. This is a perverted revision thriller in the spirit of De Palma and Tarantino. It’s useful to look at any film with a fresh mind, not knowing anything about it, especially if we have Perfection before us, although this multi-genre movie is not synonymous with the title, because it could be stronger both in plot and message, and it’s difficult to take the film seriously, where sounds: “And now we will cut your eggs and make them key rings.” However, the story of love, jealousy, and hatred of two talented cellists, sexual violence, psychosis, paranoia, and a sectarian cult simply cannot but catch. The main role is played by the actress from the horror hit “Off”, so I warn you – you can not trust her.

It would seem that in the biographical drama with elements of the comedy “Green Book” by Peter Farrelli, the best film of 2019 according to the American Film Academy, there is nothing really original. However, the familiar scenic patterns here work so harmoniously that another Hollywood story about racial segregation looks surprisingly easy, relaxed and lively thanks to the excellent acting work of Viggo Mortensen and Mahershala Ali, as well as pleasant humor. Actually, therefore, the very warm reception of this film by the audience does not raise any questions.

Like 2018, 2019 could not have done without a big biopic about another legend of the music industry. The biographical drama “Rocketman” by Dexter Fletcher (he finished and brought to release “Bohemian Rhapsody”) colorful and lively, with dramatic ups and downs of his personal life, told the story of Elton John’s ascension to the musical Olympus, which was excellently performed by Theron Egerton in the film. Without comparisons with the hit of last year, the musical biopic “Bohemian Rhapsody”, here, of course, can not do. So: despite the more modest box office, the film about Elton John turned out to be more holistic and expressive than the tape about the Queen group and its lead singer Freddie Mercury.

5How to Train Your Dragon 3

The popular cartoon series “How to Train Your Dragon” made it to the finale, which was just wonderful. Touching, funny and visually bright cartoon Dean DeBlois, teeming with these amazing mythical creatures, with honors put an end to the adventures of many beloved characters. Most other trilogies can only dream of such a farewell to the audience.

But the series of animated films “Toy Story” in the third part did not want to say goodbye to the audience. Fortunately, not in vain. The fourth chapter of the franchise from director Josh Cooley is a funny, vibrant and emotional attraction with memorable new characters and old heroes that have not lost their charm. The perfect cartoon that will appeal to both adults and children. Well, the Pixar studio confirmed that even the fourth parts of the series that came out from under its wing can be outstanding.

Among the animated releases of the first half of the year, there were quite a few wonderful paintings, one of which the audience, unfortunately, completely deprived of attention. Laika’s new cartoon “The Lost Link”, as well as their previous painting “Cubo. The legend of the samurai, to put it mildly, did not become a hit at the box office. However, the masters of puppet animation again presented the world with a beautiful work with a surprisingly colorful visual range, entertaining characters and wonderful humor. Animation lovers who missed this picture should catch up.

Superhero films do not so often fall under the criteria of a good family movie. The adventure comedy “Shazam!” By David F. Sandberg, however, in this case, was an exception and skillfully played on it. Actor Zachary Levay, in the image of an adopted teenager who has received superpowers and an adult guise, coped well with his role, as did the charming cast of his newly minted family. Humor, a good message and a bit of adventure turned this tape into a worthy superhero movie.

The loudest release of 2019 was planned just in the first half and thundered so that it came close to the box office on Avatar (perhaps the Cameron record will be broken with the release of a version with additional scenes). But something else is important in this case: “The Avengers: Final” of the brothers Anthony and Joe Russo is an incredibly spectacular and colossally significant event for mass cinema, with such scope and drama that completed the “Infinity Saga” of the monumental Marvel Cinema Universe. Several cult heroes, we had to say goodbye, but this is not a reason to be upset, because the head of Marvel Studios Kevin Feige has big plans for this already large-scale franchise in the history of cinema. 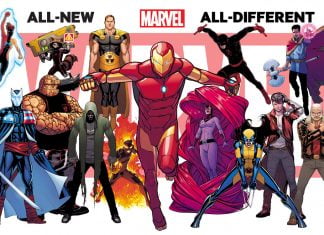