The Witcher panel brought us the first clips, and now the first trailer has made its way online. On The Walking Dead side, we got a ton of news, including the fact that the Rick Grimes-starring movies are coming to theaters.

The Rick and Morty panel has wrapped up, and we got the first Season 4 clip. That features a new character played by Thor Ragnarok director Taika Waititi and has been released online. A second clip, shown in animatic form, was also shown to the crowd; we have details on that and other tidbits from the panel in our story.

Head to Previous Post to watch all the trailers – SDCC TRAILERS

One of Thursday’s big panels focused on many of the upcoming Marvel video games; the panel brought details on not just Marvel’s Avengers (including more on how the game is structured and Kamala Khan’s presence) but also more about Marvel Ultimate Alliance 3’s upcoming free and paid DLC characters. Other Marvel news included some revelations from the writers of Endgame, like how Thanos could have decapitated Captain America at one point.

The Terminator: Dark Fate panel was among the early ones on Thursday, and we’ve already learned that the movie is bringing back Terminator 2’s John Connor, Edward Furlong and that it will be rated R. with it a fresh look at It: Chapter 2, including exclusive clips and a trailer. The trailer has now premiered online and is unsettling as you’d expect.

Marvel makes its triumphant return to the show in 2019, and the studio will more than likely reveal what’s happening with Phase 4 of the MCU. (Already, we’ve learned through a report that Taika Waititi will direct Thor 4.) On the TV side, Agents of SHIELD is ending after Season 7. The news emerged not long before the show’s panel at SDCC.

But even without certainty on the Marvel Cinematic Universe front, there is a ton to look forward to across TV, movies, and games, including more on Westworld, The Witcher, and Marvel’s Avengers game. Rick and Morty will also have a panel ahead of its much-anticipated Season 4 debuting later this year, and the first images from Season 4 were released this week in anticipation of SDCC. 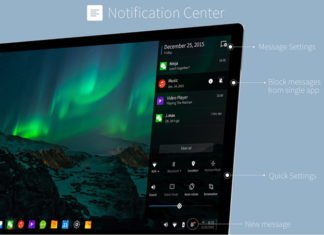 Sparsh - April 7, 2016
0
Google Android may have been developed as a smartphone OS, but over the past few years we’ve seen a number of attempts to turn...