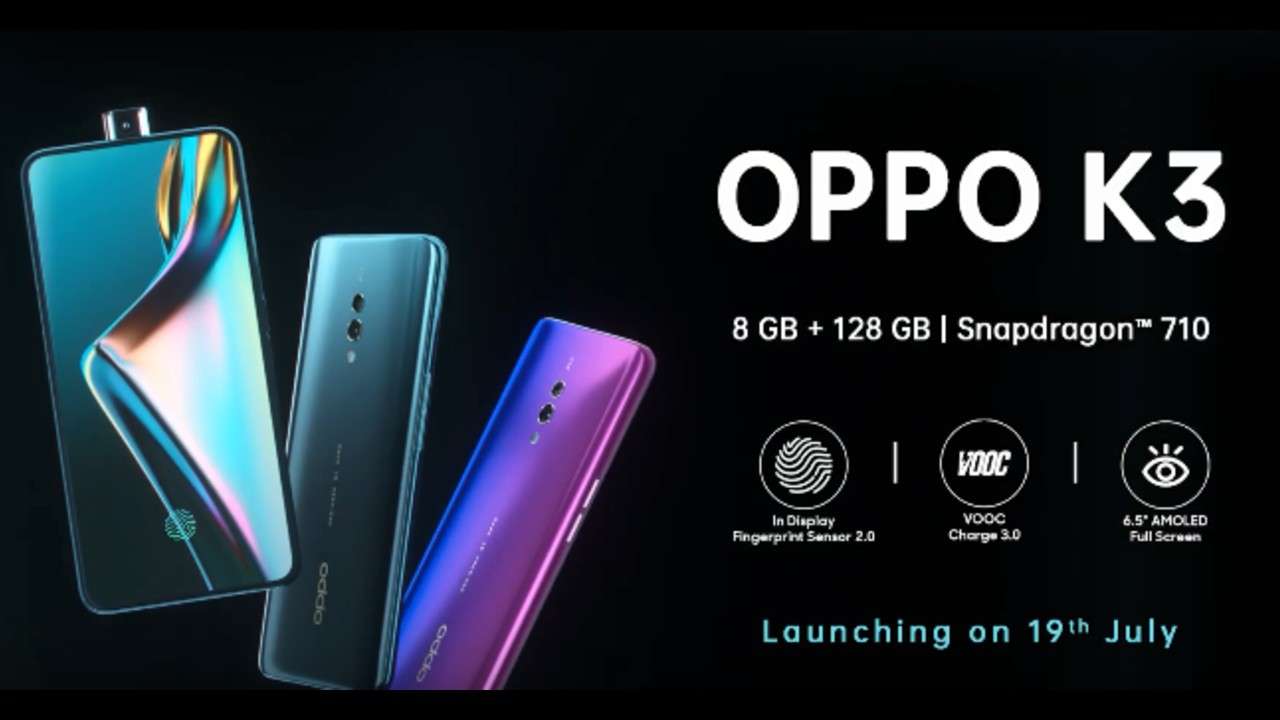 Oppo K3 has been launched in India, this smartphone was launched in China two months ago. Like an Oppo F11 Pro, it has a pop-up selfie camera. Its Look, Design, and FEATURES All Brand of Oppo meets the Realme X of Realme this week launched. Speaking of the special features of this smartphone, it has a 6.5-inch AMOLED display, a pop-up selfie camera and an in-display fingerprint sensor. In addition, VOOC 3.0 Fast Charging support is also provided in it.

Oppo K3 is launched with two storage options 6GB + 64GB and 8GB + 128GB. Its 6GB + 64GB storage variant costs Rs 16,990 while its 8GB + 128GB storage variant has been priced at Rs 19,990. This smartphone will be made available for sale on Amazon at 12 o’clock on July 23. Talking about the offers received in the first cell, an instant discount offer of Rs 1,000 is being offered to Axis Bank Credit Card users. In addition, Jio users are being offered a benefit of Rs 7,050. Talking about the Oppo K3 specifications, its look comes from Oppo Reno Series. It has a 6.5-inch AMOLED display, which has a resolution of 2340 x 1080. According to the company’s claims, screen-to-body ratio is 91.1 percent. Protecting the display of the phone, the protection of Corning Gorilla Glass 5 has been given. This smartphone works on Qualcomm Snapdragon 710 chipset processor. Talking about the operating system of the phone, it works on color OS 6 based on Android 9 pie.

Talking about the Oppo K3 camera features, a pop-up selfie camera has been given in it. A 16-megapixel sensor has been used in a pop-up selfie camera. The dual rear camera has been set up in its back, which has a primary sensor of 16 megapixels, while 2 megapixels has secondary sensor. Phone supports game boost 2.0 and gesture navigation. The phone has 3,765 mAh battery with VOOC 3.0 Fast Charging support. The in-display biometric sensor is provided for the phone in the security. All its features meet Realme X.