If memory serves me right, The last I checked the Highest rated horror books list on Goodreads, an overwhelming 6 out of the top 10 Novels were by Stephen King, If that doesn’t speak to just how consistently King delivers. I am not sure what will, Therefore when I was trying to satisfy my hunger for a good, Scary book, I did what anyone would naturally do, And ordered the Goodreads choice awards winner in the genre, Without second thoughts because of the splendid reputation which proceeds the masterful storyteller that is, Stephen King.

Elevation starts with a rather clever little premise about a peculiar problem which the protagonist finds himself facing in a typical suburban neighborhood of the states. Which although unintentionally, brings people of conflicting natures together to find common ground. The Prose is effortless to read and comprehend which is not surprising but worth mentioning and the town seems to be living – breathing place filled with people having a diversity of thought, problems of their own and their own ways of alleviating them. the characters seem lively but represent a strongly stereotypical version of what they’re described to be.

The Novella is smeared with political opinions of the writer, which tries to blend in with the plot but ends up standing out like a sore thumb.  The plot diverges from the main attraction quite a bit and doesn’t take advantage of any of the conventional methods used by King to create an environment of ominous terror in the previous works he is known for. The novel also appears to be tediously slow-paced and somewhat predictable at times.

However, it is worth mentioning that the book is beautifully illustrated and the ending is somewhat beautiful and will bring a smile to your face, if not leave you shivering in the middle of the night in the protective cover of a blanket.

The book in itself isn’t a typical horror and can be best described as a missed opportunity, Given that the premise was so appealing. Any way you put it I was left disappointed by Elevation. In my opinion, it does not hold a candle to most of Stephen King’s previous works. It seems that high bar set by Stephen king is difficult to cross, by others as well as himself. 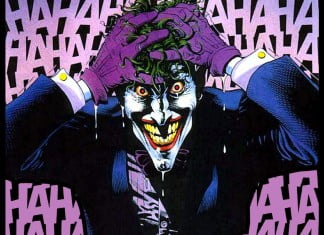 Sparsh - April 11, 2016
0
UPDATE: Justice League issue #50 Is now available and here's Joker's True Identity. (click) We All Know Batman's Parents Were Gunned Down In A Senseless Act Of Violence...