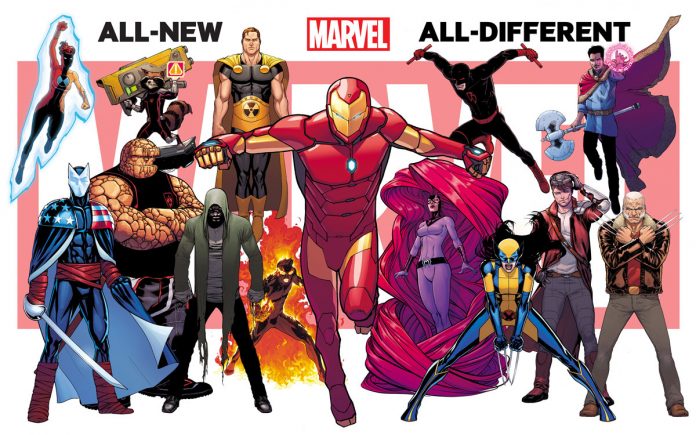 We start as always with the publishing house DC. According to the story of a young guy from a small town, Joe Chamberlain makes a deal with a demon to this very town to save. But, as usually happens in such situations, there is a catch – the power that Joe receives becomes a curse for him. Now he has to destroy the demon, with whom he has a contract before his newfound abilities will burn everything around. If the comic was not written by Justin Jordan (a name no longer trustworthy), then I would hardly have paid attention to how the Brimstone synopsis similar to “Luther Stroud” (the protagonist, seeking to help, a dangerous and ill-controlled force, threatening to destroy everything that is expensive to the protagonist, and even the script requires eliminating the one who gave this gift). It will be possible to repeat Luther’s success – fine, but, most likely, there will be a second Sideways (with a sight on grimdark), which will exist only because of the artist. Apparently, therefore Tana’s surname on the cover is higher.
But enough of pessimism, now about the good, that is about Batman. In the solo series, preparation for the celebration begins at full speed, there will be two parallel stories in the release: Selina looks after the wedding dress (Joel Jones draws this passage), and Bruce makes plans for a future family life (illustrated by Mikel Janin). Well, in  Deathstroke starts the arch of six numbers – Deathstroke vs. Batman. Where Batman and Deathstroke will have to challenge paternity over Damien, as there will be irrefutable evidence that Slade is the biological father of Wayne Jr. And given that the best thing in Priest’s comics is just the relationship between Deathstroke and his offspring, this story should come out fine.
In  Green Arrow there comes an interim period: Percy has adequately completed his let not a great, but in many respects, pleasant wound, and the sisters Bensen (their current series of Batgirl and the Birds of Prey will come to an end in May) intercede only in August. Because Oliver is forced while wandering is not clear where fighting is not clear with whom. Seriously, his enemy on the arc is called Nothing. Write/paint, too, some unfamiliar people to me.
We pass to Marvel. The curse of Wolverine reached Laura Kinney – now she is an Old Woman. The final story begins with Tom Taylor’s Old Woman Laura, after which the comic strip (already under a new title and numbering) will go to Mariko Tamaki (sorry, not to Kelly Thompson). The action will unfold in a utopian future (the heroes have won, everyone is happy), in which Laura, now the ruler of Madripura, will again put on a blue and yellow suit to fight evil from the past.
Astonishing X-Men this week to read (or leaf through, as I do) a special pleasure – the artist of today’s release of ASO.
But on the  Runaways, it’s nice not only to watch. Yes, Rainbow Rowell periodically forgets that he writes a comic and scribbles a novel on top of Chris Anka’s drawings, but she has a fascinating Yang-Edal with a successful dynamics between the characters. Still, recently there were seals-telepaths. They work on me.
It is worth saying a few words about the Venomized limit. Her Cullen Bunn completes her Venom-epic, begun in Venomverse. Here everything is classic: symbiotes will resist creatures (they are called Poisons, well, how else!), Devouring symbiotes. And in order for the fight to be bigger and more diverse, a lot of characters of the universe Marvel will be dressed in the symbiotic suits.
At the end of a minute of silence on another good closed series, this time by  Black Bolt Saladin Ahmed and Christian Ward. Ahead of us, there are still several “killings” of varying severity (for example, almost all my pets are already “dead”). The publishing house clears the way for Fresh Start. So fasten.

In less than a year, Frank Miller has finally completed work on Xerxes: The Fall of the House of Darius and the Rise of Alexander,  and we can return to the world of three hundred Spartan men. The conflict in the comics, by the way, is excellent, because now to resist the godlike Xerxes there will be not some recalcitrant rascal, but an equally majestic Alexander the Great. I’ll honestly say – I was waiting with impatience, that would not talk about Miller, and he knows his business.
The image has a couple of new series – Isola and Analog. The first one was announced at the Image Expo 2016 and two years later Brendan Fletcher and Carl Kerschel were waiting for their time to tell the story of the Captain of the Royal Guard, who was trying to save the Queen Olvin from the curse that made her a tigress (literally, there is no subtext here). Of course, it’s just that curses are not removed, and this couple will have to go through half the world to get into the mythical Izola – the land of the dead. Frankly, I do not like the way Fletcher writes, except for the rule Black Canary, but the fact remains. However, this fact does not prevent me from trying the comic book and, at the very least, enjoying the beautiful drawing. AnalogGerry Duggan and David O’Sullivan will tell you that in five years the Internet will break down and all secrets will be transmitted in the old way, not through telegrams, but through gloomy men with suitcases chained to their hand stuffed with valuable information. Duggan has already proved himself to be a good storyteller, so I do not see any reason to not sit down for his new series.
And back in Spawn, The ATWATER returns with a new design, new powers, and I did not even know that he was going somewhere.

Boom and Dynamite decided to make themselves a mini-weekend, so it was very difficult to choose what to draw your attention to. The Boom should definitely read the Giant Days if for some strange reason you have not started yet – the comic is simply delicious, then you have great humor, a harsh reality, and a beautiful drawing. A full set of fun, just open the comic book and get it. Dynamite to give pleasure, unfortunately, for the present is not particularly good, so I’ll tell you about the new Swashbucklers Saga Continues. Mark Guggenheim was instructed to resurrect the space pirates invented by Bill Mantlo already in the year 84. Knowing, as Mark writes, most likely it will be a little interesting for those who met the comics even then, and hardly any tempting for everyone else.
IDW decided to follow in the footsteps of explosive publishing houses, so I can offer Dema-Gordon Marz, who is part of the Ominous Universe, whose existence I safely forgot, there are also Giantkillers Barta Sears and Dread Gods of Marz. I tried the last two, and nothing good came out, but if you suddenly do not trust, then the third comic of the universe will tell you about the lady who suddenly got superpowers and nailed himself to Hercules. We and the rift of the fourth wall are promised, and the fusion of Thor with Deadpool, and even the delightful hurricanes like “Hercules? Hercules is more likely! “
Che there with other publishers? 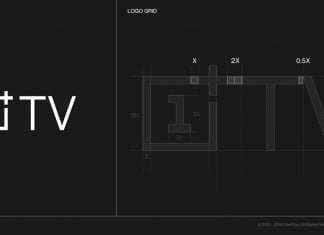 Click Farming and is the Tech Industry really IKEA?