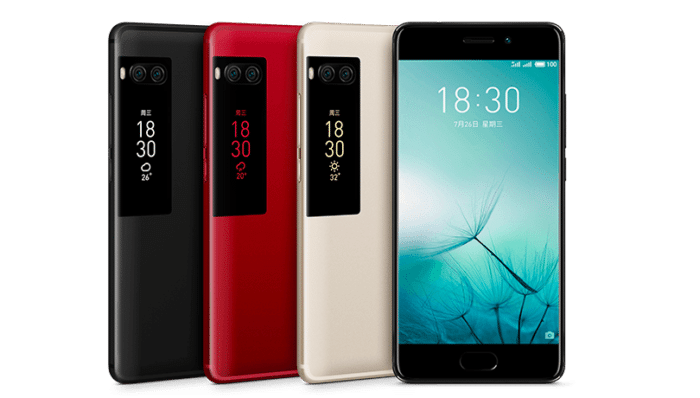 Meizu has launched its flagship smartphone Meizu Pro 7 smartphone in India. Customers can buy it from Amazon’s site. The company had informed about launching it in India in November last year. However, for some reasons, its launch was interrupted. But India Meizu Pro 7 Plus has not been launched. Customers will get this smartphone available in Black Color Option for Rs 22,999.

The biggest feature of this smartphone is the dual screen given in it. A primary screen is provided on its back. In the back, the 1.9-inch AMOLED screen is given below the camera. It can be used to see the notification and to click the self from the back camera. This technique was also highly praised by the International media. On the front, there is a 5.5-inch Full HD AMOLED screen.

Speaking of the rest, Pro 7 has two cameras with 12 MPs with dual LED flash, while the front has a camera of 16 megapixels with f / 2.0 aperture. The smartphone runs on Android 7.0 Nugget Based Flyme 6 and has 4G VoLTE, Wi-Fi, Bluetooth, GPS, 3.5mm headphone jack and USB Type-C support for connectivity.

Meizu Pro 7 features a 5.5-inch Full HD Super AMOLED display. Talk about the processor in MediaTek Helio P25. It has 64GB of internal memory with 4GB of RAM. This smartphone has 3,000mAh battery with 3.0 fast charging support. The fingerprint sensor of this smartphone is given in its home button.