Devilman – quite an old franchise, the original manga came out in 1972. There are several sequels and adaptations, all this fixed the work in the world pop culture. No less important factor of popularity should be considered and the author of the manga – Guo Nagai.

Those familiar with the character and the plot of Devilman can be divided into two main categories: people who read the original manga, and people who watched the OVA trilogy. There are also those who are familiar with the anime series, but he has little in common with what is told in the manga.

The “basic” story tells of Akira Fudo, a good guy who, thanks to his best friend – Ryo Asuke, gets the power of a demon, but controls it with his human heart or, in other words, kindness, spirit, etc. use the definition closest to you. Its goal is to protect humanity and its people.

For the story that unfolds in the world of Devilman, it was difficult to find someone more suitable, with a blissful vision than Masaaki Yuas – an underestimated, as for me, director. A man with an excellent “sense of frame” and with an innate ability to play with the tonality of works, both at the level of the picture and the plot. He participated in the creation of many excellent works. For example, he was the director of the beautiful black comedy The Tatami Galaxy, made it interesting to look like an anime about ping-pong (Ping Pong: The Animation), shot episodes for “Space Dandy” and Adventure Time.
A feature of the Devilman franchise, to some extent, was “adult” content. Blood, b**bs, drugs and other similar elements that can quickly improve the rating of works in the modern world. In the manga, thanks to the visual style, this approach looked more comical and ironic, and only towards the end of the violence the violence ceased to be perceived as something self-evident and “cheerful.” OVA originally took a different path and, while maintaining common visual motifs with manga, used violence and “sex” in a more balanced and down-to-earth manner, which from the very beginning allowed her to be taken seriously. In the brainchild of Netflix they went the third way and, while retaining the direction for the serious filing of certain elements, also added a large amount of grotesque. Humor returned with irony, but evil and black, corresponding to the world.

The tone of what is happening and what to expect from the work, the author of the manga laid the hero’s transformation into the Devil Man, and the anime authors used it for the same purpose.

Although the connection to this episode differs from the manga \ OVA, he himself is almost single-shot in all three works, only the accents are placed differently. Akira and Ryo find themselves on a Sabbath evening, where it is rumored that you can meet demons and gain their strength. Ryo is sure that the human heart of Akira will be able to defeat the mind of the demon and take control of everything. Further, as it is easy to guess, you can describe the words Sex and Violence: due to the bloody bath started by Ry, all present turn to demons, including Akira. And then follows the ingenious and methodical extermination of all living things around.

This scene, coupled with a fairly light and simple beginning of the series, and the truth sets the tone for a further narrative. The viewer literally feels that it will only get worse after the kindest man in this world became a monster, even on the side of humanity. The scene is also intended to show how some elements of the narrative will be used in the future. Sex authors show only in the context of lust and primitive instincts, love and affection are shown, in turn, platonic. Violence is even more mundane and simple than in OVA, almost all fights are straightforward – claw for claw, and fangs to fangs. And another important element – tears, they are given a separate place. The anime subtitle is Crybaby. Akira has increased empathy. He almost never cries for himself, but he always cries for others. When he feels someone else’s sadness,

In the future, this feature of the character perfectly contrasts with the changed appearance and character of Akira. External changes are not limited to eyeliner, as was the case in the manga. After receiving the power of the demon, he became faster, higher, stronger and more attractive, and the character acquired aggressiveness and hardness. But in its essence, he remained the same “plaque”, which made him an ideal hero and turned into a Man-devil. 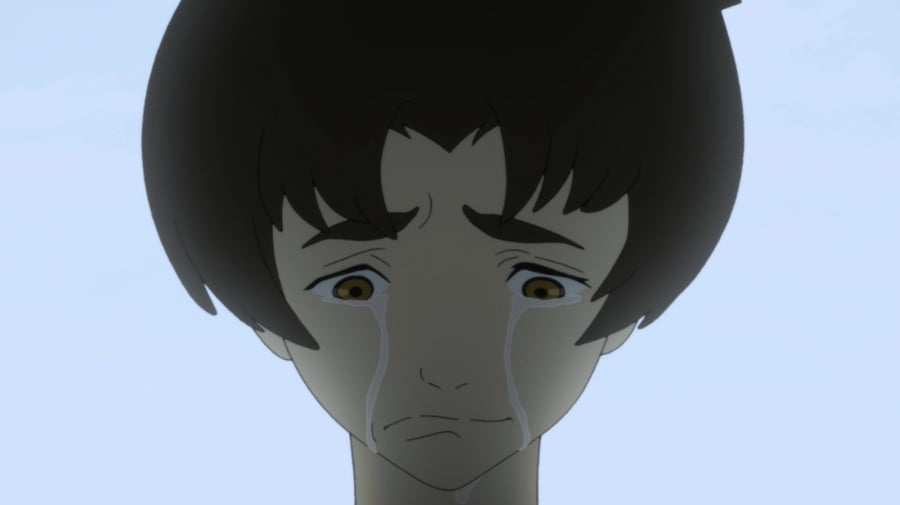 In addition to Ryo, who acts as a catalyst for events and contrasts with Akira, the series has many other characters who receive their share of screen time for disclosure. The main ones are the childhood friend and the love of Akira Miki and her family; the girl Miko, persecuted by her complexes and the desire to return the name; as well as a gang of rappers, whose rap is pleasing to the ear and even makes sense – the further, the more they flow into history.

In general, it is very interesting to observe how the authors work with teenagers, using both Western techniques and clichés, customary for anime. Schoolchildren in the center of the plot – it is their hopes, ambitions, and decisions that have the strongest emotional response. By combining mysticism and sensations from the approaching danger with simple human emotions and deeds, playing with the tonality of the narrative and gradually inflaming the atmosphere, the authors managed to make a show that can be recommended to many, and not just to those who watch anime “from childhood”. Those narrative techniques that are used to implement the story can easily interact with various elements of the show – switching between a kind and nice scene on the scene of violence or a desperate situation does not look foreign.

The show has a slightly torn mode of narration. Some of the information is given by half-hints and two or three frames, something has to be guessed. There are moments that do not explain in any way. But all this looks surprisingly organic and is felt as a part of the idea, and so it works. I found only two plot holes and two strange moments, which obviously appeared due to oversight, but on the whole, do not greatly affect the overall perception. 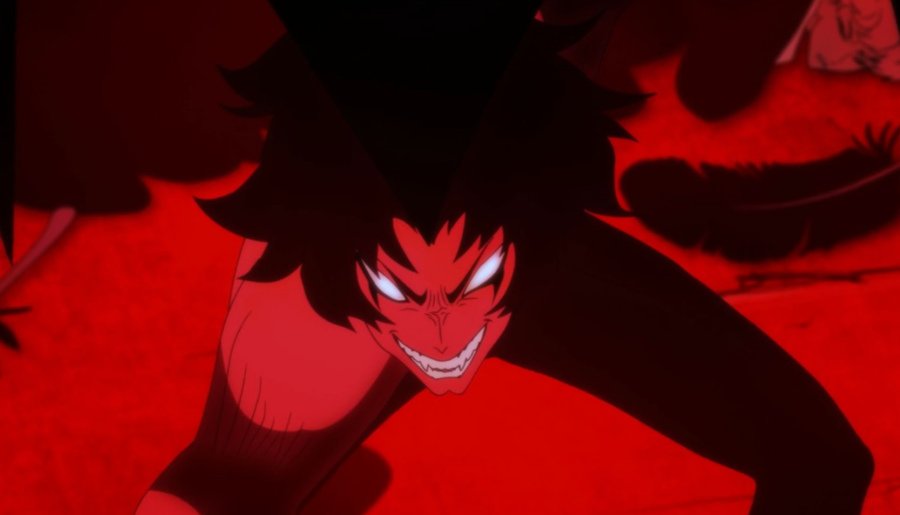 The original story of the manga, as I have already mentioned, has not undergone significant changes. Only the details have changed, the motivation of some heroes and the angle at which part of the events are shown. And it is this version of the restart, when the product is gloomy initially and does not prepare the viewer gradually, most organically looks in 2018. Various shows have already accustomed spectators to shock, blood, sex and constant fear for the heroes.