A new series from Xiaomi is introduced in India. Under the Android One branding that Google has been promoting to offer the users the best of the Android experience. It is the Mi A series from Xiaomi that is launched and the first phone in that lineup is the Xiaomi Mi A1. Coming with the aluminum body and rounded back edges, the phone is Mi 5X rebranded as A1 for the Indian market with the stock android.

“Created by Xiaomi, Powered by Google” is the tagline used to show how the two brands have partnered to bring Android One on board.

The Android One series was mostly about affordability and simplicity for the best user experience. Later, Google changed things a bit to introduce Android Go that is a version of Android for the budget phones, and thus, the focus with Android One remains the same – Offering the pure Android. Now, what the Xiaomi Mi A1 offers is similar to what the Mi 5X offers in terms of the hardware, both externally and internally. The difference here is with the Android experience – it is the stock Android UI instead of MIUI that all of the Xiaomi smartphones have been coming with. 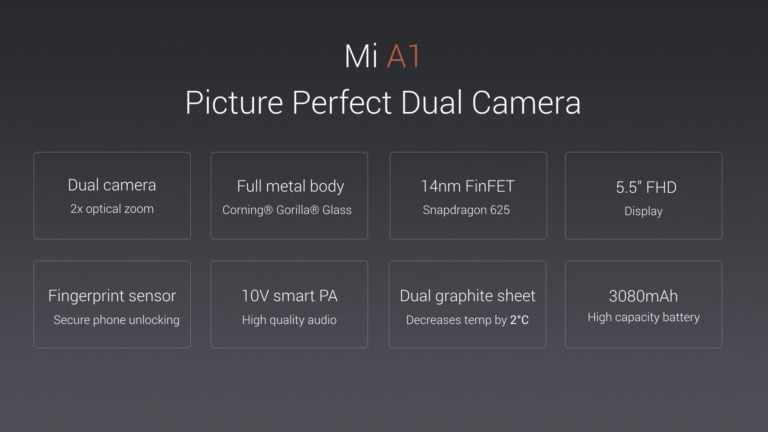 As we said, the Mi A1 comes with a 5.5-inch Full HD display on the front with the 2.5D curved arc glass and the Corning Gorilla Glass protection. It is the Qualcomm Snapdragon 625 processor that powers the phone and there’s Adreno 506 GPU for the graphics output.

The bigger mention here is about the Android OS in the device. The Xiaomi Mi A1 has the stock Android interface, which is a big move as a partnership between Google and Xiaomi to replenish the efforts of Android One. The update from Android 7.1 Nougat to Android Oreo is guaranteed within 2017 on this phone. Along with that, it will be first in line to get the Android P update in 2018.

It is a portrait mode given in the Xiaomi camera app that will help in the background blur. The secondary lens, i.e. the telephoto one helps get 2X optical zoom and up to 10X digital zoom.

The smartphone has a 3080 mAh battery and that supports fast charging with the USB Type-C connectivity. A custom 380V charger is included for the Indian market. The phone has Hybrid Dual SIM compatibility where the secondary SIM slot can have either the Nano SIM or a MicroSD card for the storage expansion. For the sound output, the device comes with a 10V smart power amplifier. There’s a standalone audio amplifier and the DHS audio calibration algorithm to improve the output quality from the speakers.

Pyrolytic graphite sheet is a new addition from Xiaomi in this device, which is to keep the temperature lesser by about 2-degree by making the heat dissipation better. As is the case with the other Xiaomi smartphones, the Mi A1 has the IR blaster on the top for the quick remote functionality.

The Xiaomi Mi A1 comes in Black, Gold, and Rose Gold options. The device is going to be available exclusively on Flipkart and Mi.com and it is priced at Rs. 14999 with a single variant having 4GB RAM and 64GB internal storage. The sale begins on September 12th from 12:00 noon.

Xiaomi has partnered with Airtel to give up to 200GB additional 4G data for the Mi A1 buyers. 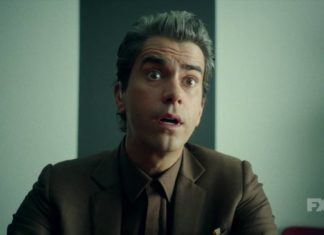 Sparsh - July 31, 2016
0
The first trailer for the series "Legion" from the channel FX. Starring Dan Stevens. The premiere is scheduled for early 2017. Another FOX Series Lucifer...

Everything you need to know about Doctor Strange

Every Thing We Know about Stranger Things Season 1 Ending |...