The featurette explains that all the characters converge on this location, a secret front operated by the Hand and new villain Alexandra. Her role is still pretty secretive at this point, but it seems like she’s a high-ranking member of the powerful criminal organization.
Rand storms into the board room to take the fight directly to the Hand and nearly gets overwhelmed when Luke Cage kicks in the door (minus the 44).

Goons start swarming the future Heroes for Hire, and just when it seems like they’re overwhelmed they’re joined by Jessica Jones and her new lawyer Matt Murdock. But why? We’ll find out on the show.
The fight in Midland Circle seems to be going alright four the new foursome. And then Elektra shows up.
How Murdock deals with the confrontation and revelation will be explored in the series, but they all decide to retreat and fight another day. Escaping the resurrected Black Sky, they make it onto the Midland Circle elevator where a confused Iron Fist asks “Who are you people?”
The latest clip reveals Stick has a history with Sigourney Weaver’s mysterious character, Alexandra.

This is troubling. #DEFEND pic.twitter.com/8M1LaYG6ou

Synopsis
Marvel’s The Defenders follows Daredevil (Charlie Cox), Jessica Jones (Krysten Ritter), Luke Cage (Mike Colter) and Iron Fist (Finn Jones). A quartet of singular heroes with one common goal – to save New York City. This is the story of four solitary figures, burdened with their own personal challenges, who realize they just might be stronger when teamed together. 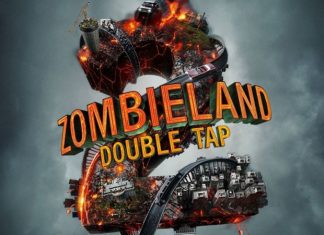 Sparsh - July 26, 2019
0
It has been almost 10 years since such as Tallahassee, Wichita and the rest of the gang captured the hearts of horror fans with...