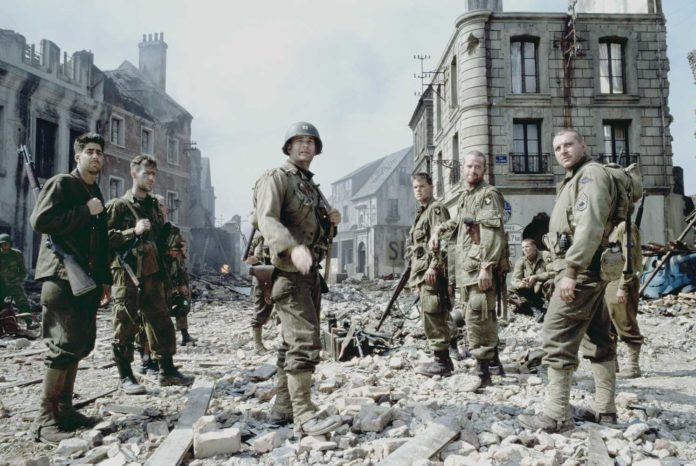 Film lovers enjoy watching their favorite actors and actresses on screen, but when the director assembles several talented actors for their film, it raises the level of excitement. A studio does a great job with hiring some A-list actors for their movie but don’t always get the credit they actually deserve.

An Ensemble cast is made up of cast members in whom the principal actors are assigned roughly equal amounts of importance and screen time in a dramatic production.

Here is a list of 7 of our favorite ensemble casts in a film. 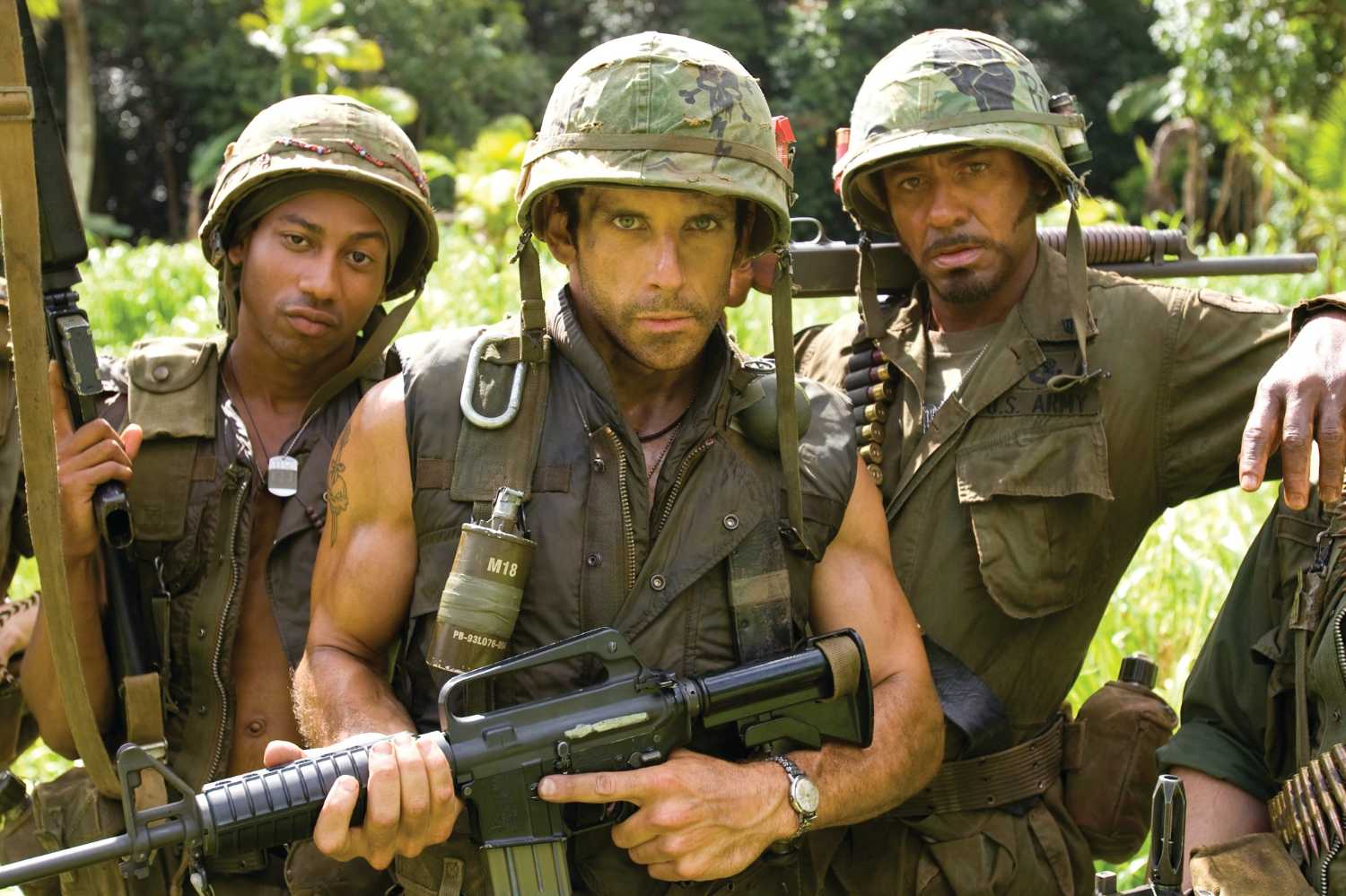 Think of all the ways you can hurt yourself laughing. You get it all in “tropic Thunder”. A movie with killer smart action and explosive gags is rare to find.

Ben Stiller excels as Tugg Speedman, a superstar whose one attempt to prove that he can act, as a retarded farmhand who talks to animals in ‘simple jack’, flopped big time. Robert Downey Jr. who plays the role of a dude playing a dude disguised as another dude (That’s what he said) is exceptional. We even get to see what Tom Cruise would look like as a fat douchy producer with a loud mouth. (not as pretty as Ethan Hunt)

The main plot of the movie revolves around a group of actors who are making a fictional Vietnam War film. When the frustrated director decides to drop them in the middle of the jungle, they are forced to rely on their acting skills in order to survive.

Steven Spielberg is one of the biggest names in the Hollywood, there’s no denying that. His movies have always had A-list actors from the start. Now Tom Hanks may have been the biggest star on the planet when he starred in “Saving Private Ryan” but the epic war drama does not solely depend on him. The two times Oscar winner was only one part of an eight-man team sent on a mission to save James Francis Ryan, a private whose three brothers have been killed in the war.

Tom Hanks, Tom Sizemore, Edward Burns, Barry Pepper, Adam Goldberg, Giovanni Ribisi, Jeremy Davies and Vin Diesel made up to the group of soldiers and boy, did they give a performance of a lifetime. Matt Damon- who played the titular Ryan- also deserves his fair share of praise. Though he doesn’t show up till the third half of the movie, his character is arguably the most important one.

The film is notable for its graphic portrayal of war, and for intensity of its opening 27 minutes, which includes the depiction of Omaha beach assault of June 6, 1944.

Normally a film has one villain but in 2006’s “The Departed”, Martin Scorsese went on to cast two, and the movie wouldn’t be complete without its two main villains: Jack Nicholson and Matt Damon. The film cannot and must not be called as a one man DiCaprio show.

By casting Leonardo DiCaprio as a cop pretending to be a hood and Matt Damon doing just the opposite, Scorsese gives us a hard glimpse of how corruption starts in childhood. Martin Sheen and Mark Wahlberg, who played DiCaprio’s allies in the police, were also fine additions to the cast.

The movie is a remake of the 2002 Hong Kong film “Internal Affairs”. 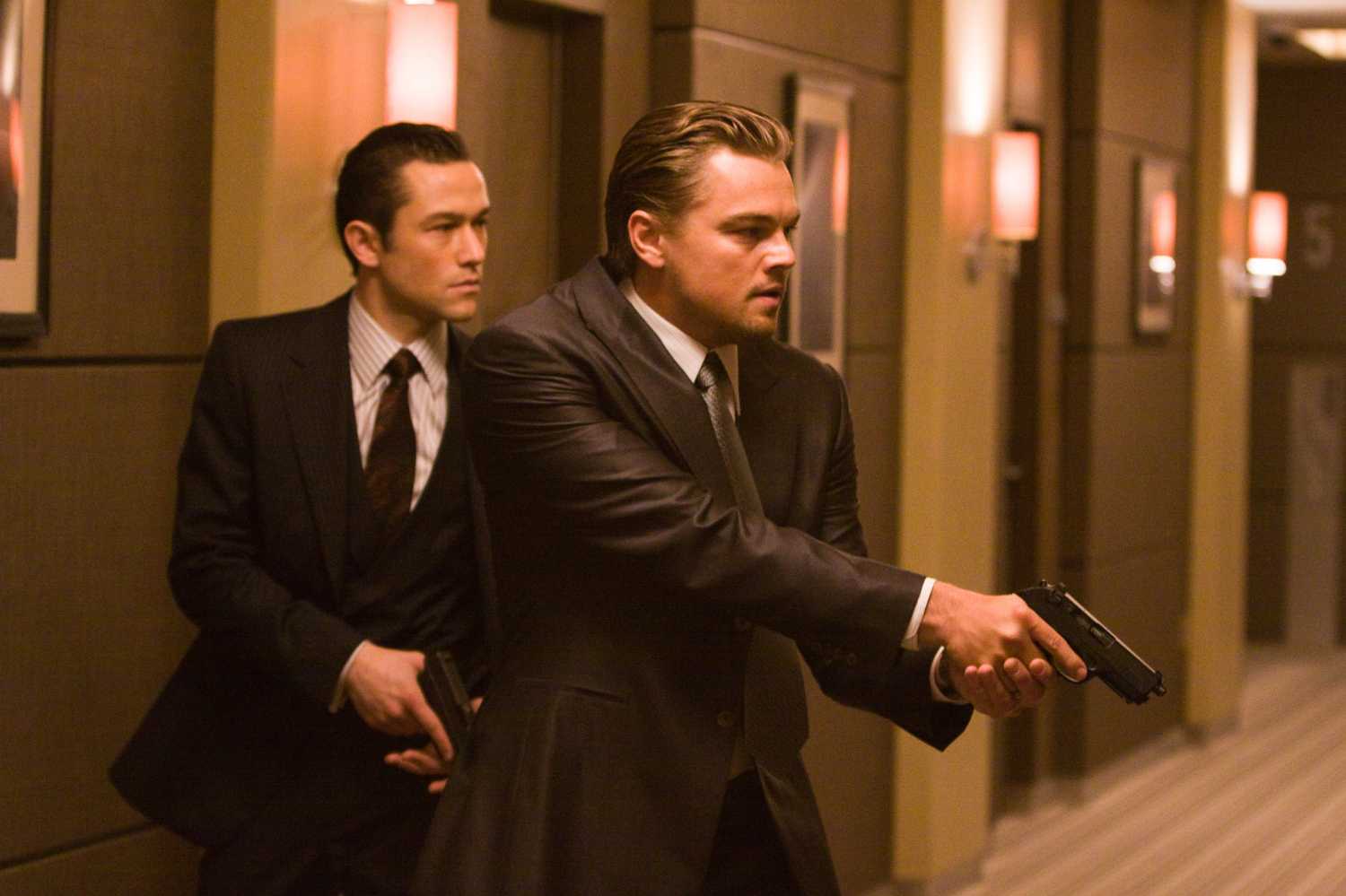 The science fiction genre is alive and well in Hollywood but let’s face it, mostly it is kept alive by sequels and adaptations. But Inception dares to be original and presented in a completely original way. A dream inside a dream, now who would have thought of that. Well, none other than Christopher Nolan. Nolan had the idea of inception after finishing “Insomnia”. The casting decision revolved around DiCaprio. The movie involved casting a young energetic cast around him who would not make DiCaprio look younger.

The movie stars Leonardo DiCaprio as a professional thief who steals information by infiltrating the subconscious, and is offered a chance to have his criminal history erased in return for planting another person’s idea into a target’s subconscious. 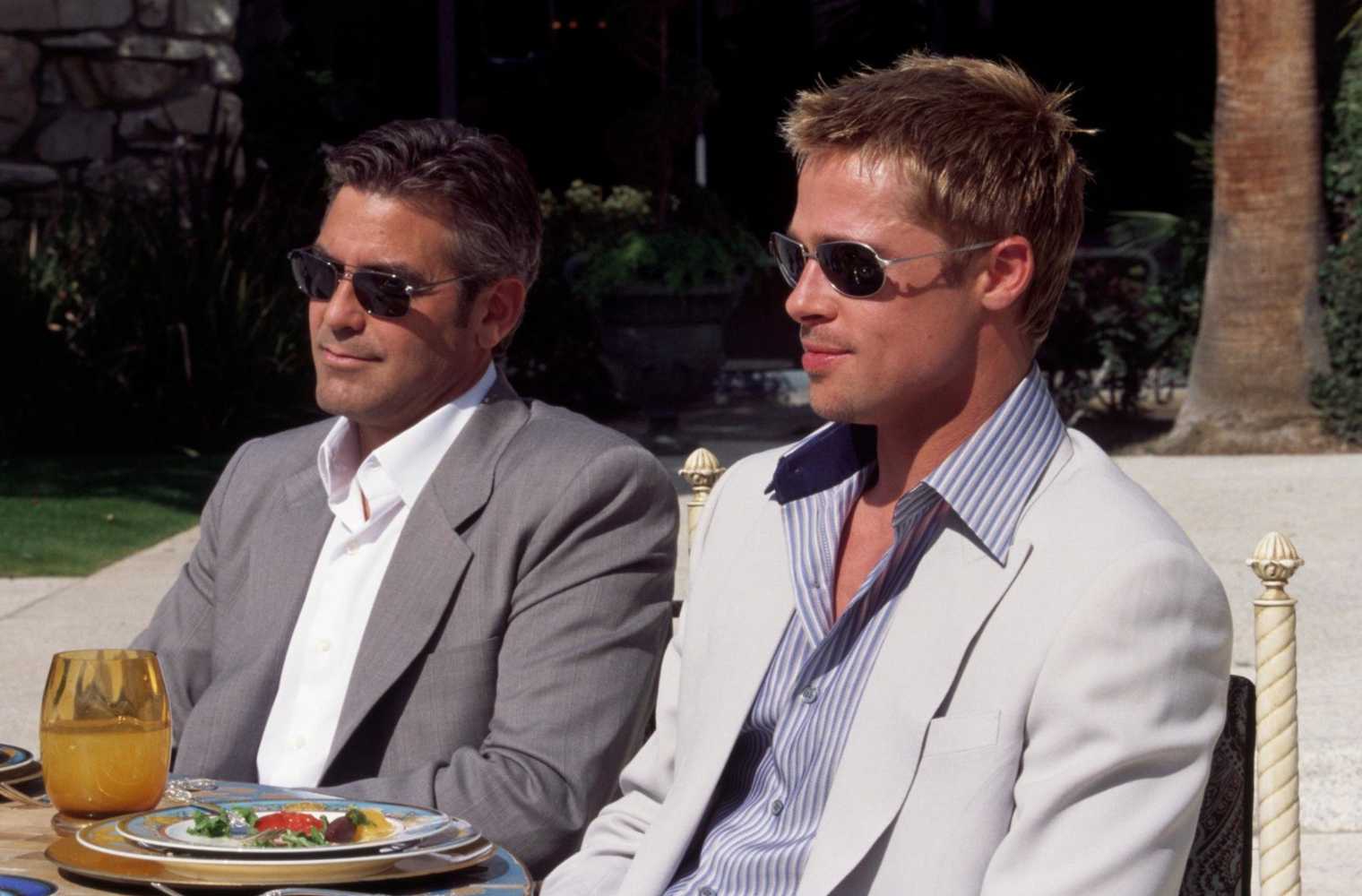 Oscar-winning director Steven Soderbergh is well-known for putting together a star-studded casts throughout his career. Perhaps his biggest and most famous is his 2001 remake of “Ocean’s Eleven”. The genius of the film is that it is almost impossible to separate the sense of fun that the cast had off-screen with what you saw on-screen.

Clooney and Pitt were at the top of their games, using their real-life friendship for their terrific on-screen chemistry. The supporting players ‘Bernie Mac’ and ‘Don Cheadle’ were perfect with their gags throughout the movie.

The film has two sequels, ‘Ocean’s Twelve’ and ‘Ocean’s Thirteen’ with the same ensemble cast. 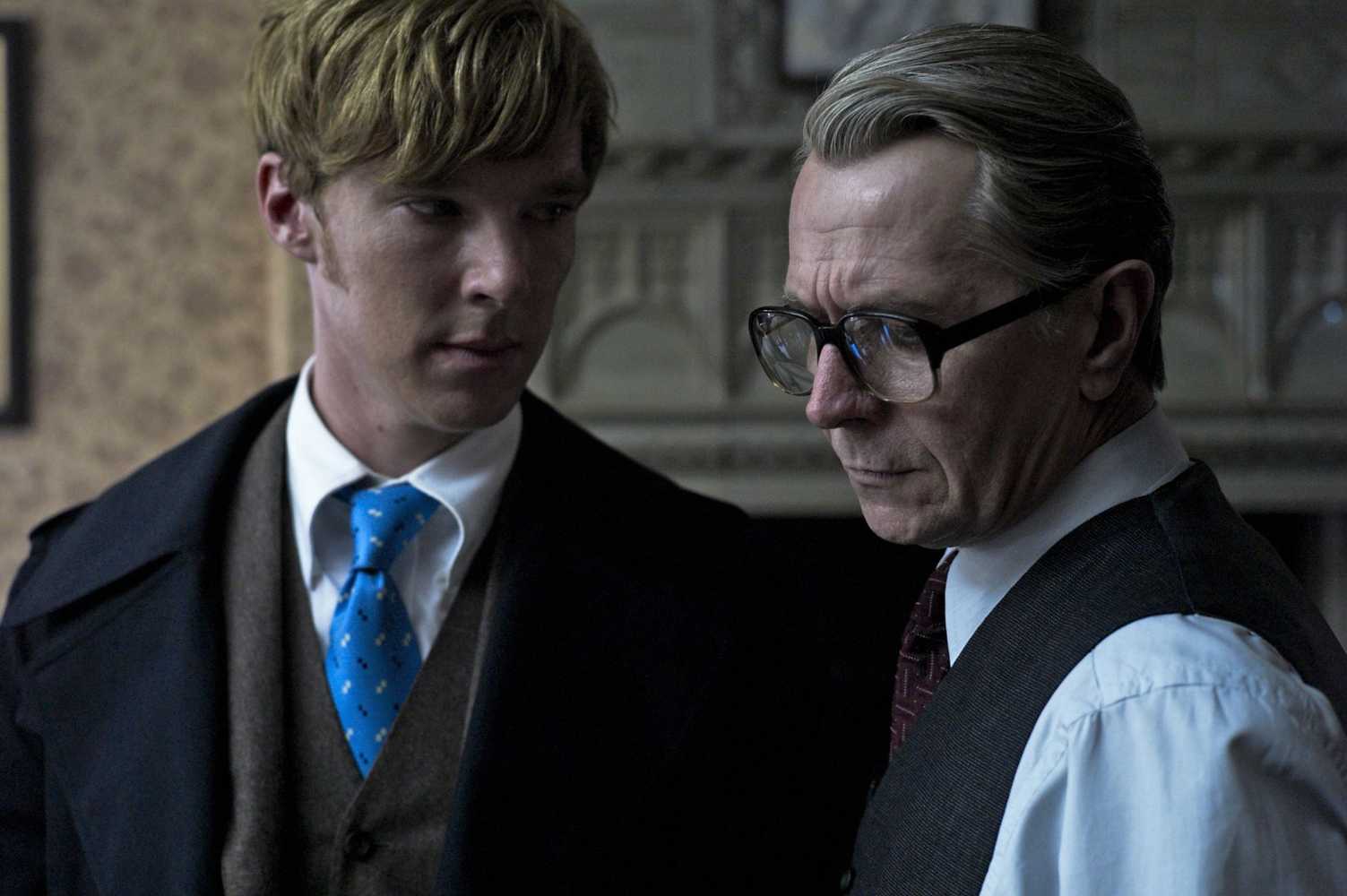 Most thriller mysteries which have their prime plot as some spy running around looking for the rat in their agency usually ends up with thrilling car chases and big action sequences. But Tinker Tailor Soldier Spy boasts of no such thing. A cold war espionage film directed by Tomas Alfredson, Tinker Tailor Soldier Spy is based on John Carre’s 1974 novel of the same name.

The film follows George Smiley (Gary Oldman), a disgraced British spy rehired in secret by his government – which fears that the British Secret Intelligence Service, a.k.a. MI-6, has been compromised by a double agent working for the Soviets. The whole plot then revolves around him finding the double agent within the organization. 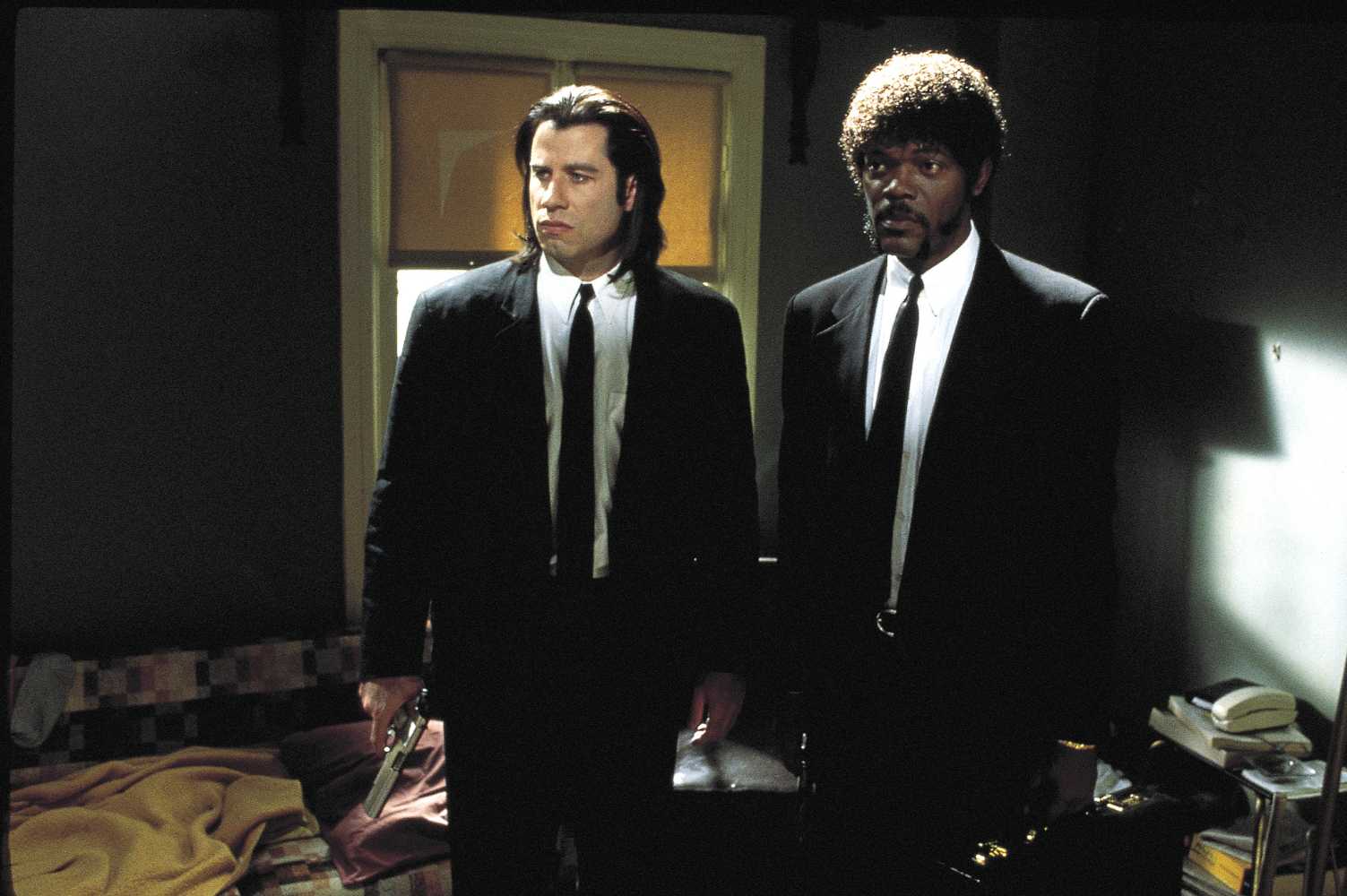 Think about your favorite performance from Pulp Fiction, and it is nearly impossible. Quentin Tarantino is famous for either introducing audiences to a bright new talent or giving a push the career of an established actor. That is what he did with “Pulp Fiction”, as Samuel L. Jackson and Uma Thurman received their breakout roles while John Travolta and Bruce Willis became cool again. Even Christopher Walken steals the show and he was in it for about 5 minutes.

The movie features some of the most iconic roles and scenes in the history of Hollywood. Jules and Vincent went on to become two of the most famous movie hit men. Thanks to Pulp Fiction, everyone knows how Marsellus Wallace looks like.

Directed in a highly stylized manner, “Pulp Fiction” connects the intersecting storylines of Los Angeles mobsters, Small Time criminals and a mysterious briefcase. The movie was nominated for seven Oscars.