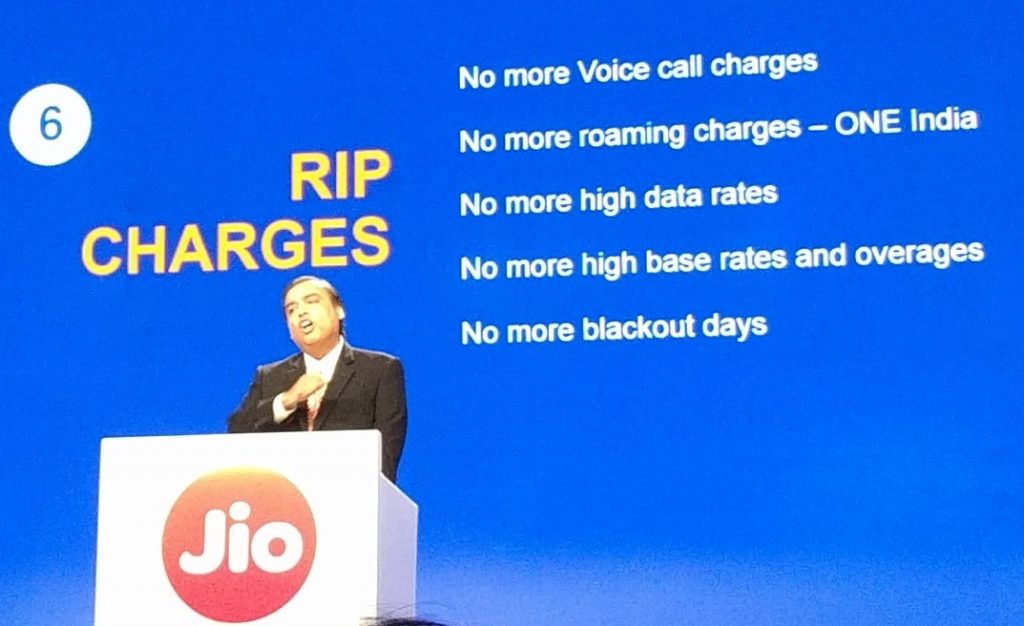 Jio made it’s network live for all from 5th September and many of you must have noticed the statement – All lines to this routes are busy. Please try again later. But what does it means when it says “Lines To this route” ?

To understand this, we’ll have to talk about the much endorsed VoLTE technology. VoLTE stands for Voice Over LTE. Meaning your call is treated like all other data that goes in and out of your phone, It promises HD quality calls, Zero Call Drops and handling calling and other data-based activities simultaneously.

Circuit-switching Method is used in traditional voice networks and only for voice calls only, because they aren’t suited for data. In this, an actual circuit is dedicated to voice calls. A signal has to go through various switches in order to connect to the final receiver. In telecom, a switch is a device that takes the input signal from your phone and outputs it to the appropriate destination.

Telecommunications companies have over the years laid out numerous switches, so as to enable calling from one point to the other. Switches can’t be used for any traffic, except the call they connected, while the call is still on. Also, a call must travel over a fixed path, through switches, in such a network.

Where as in Packet-Switching Networks, VoLTE networks, data is exactly what calls are. When you make a call, your voice is broken up into tiny packets of data. These packets then travel over a packet-switched network from sender to receiver.

So, while one packet may travel from Delhi to Mumbai and then to the destination, the other may go to Kolkata. All these packets, though, end up at the same destination where they’re decrypted or decoded and your voice is transmitted to the listener.

Also, unlike circuit-switched networks, the packet-switching is done wholly using computer servers. A packet switched network is made using optical fibre, over copper cables. It is this IP-based network that Reliance Jio employs for making calls work on its network.

Packet-switching networks were first developed during the Cold War.

If you want to make a VoLTE call, you need a VoLTE enabled phone. Not only that, you need the receiver to also have a phone that supports VoLTE. Further, both phones must be on a 4G network, and if either one drops out of the network, calls may drop. So, even if Jio’s 4G connectivity is incredible, another telco’s network could lead to call drops (Or if other device is not VoLTE you may hear a message All lines to this routes are busy. Please try again later)

Interconnect points, the physical point where telcom Companies’ networks intersect.So When Mukesh Ambani said over 5 crore Jio calls had been dropped, he was actually accusing other companies of not providing enough interconnect points.