It’s two-months later and things are not going well for the Pied Piper team. While their new file-compression application has been well-received, not many people are using it. This spells doom for the young startup. Low metrics are bad for two reasons. Not only do the platform’s compression algorithms become better as more users use the platform, the company needs as many users as possible to eventually start generating revenue.

This episode, like the others before, is filled with tech startup commentary and Easter eggs. The episode starts with an ad to celebrate hitting 500,000 users. If this ad seems familiar, it is. It is almost a shot-for-shot recreation of Facebook’s 2012 Chairs ad, shot by Oscar-winning director, Alejandro González Iñárritu.

The biggest problem with the Pied Piper platform is not how revolutionary it is but the fact that people don’t get it. This brings us to the problem seen in the review of the To Build a Better Beta episode, Beta Testing. So the question is, can Richard (Thomas Middleditch) save his company?

To determine why some startups fail, and why some succeed, American businessman, Bill Gross, looked at the data and the answers surprised him. He presented his findings in a 2015 TedTalk. Gross looked across five metrics: idea, team, business model, funding, and timing. The metric that mattered most was timing. You might think that the idea (Pied Piper’s revolutionary technology) would be the most important thing. This is what will beat giants like Hooli and Endframe. One of the successes Gross mentions is AirBnB. This startup was passed on by dozens of investors as no one thought home-owners would rent out their homes to complete strangers but something happened: the Recession of 2008. People needed cash and were willing to rent out their homes.

One of the biggest failures was Z.com, an online entertainment company created in early-2000. Problems with watching video content online, codec installation, and low broadband penetration plagued the company, which eventually folded in 2003. Two years later, the codec problem would be solved by Adobe Flash and broadband penetration would cross 50% in the USA. The newly started YouTube was perfectly timed to take off. There is no doubt that Pied Piper’s technology is the best. The question, did it come too early, and is Pied Piper really Z.com?


While Pied Piper is once again suffering a kick to the nuts, things are going well for Gavin Belson (Matt Ross). That chance encounter with Jack Barker (Stephen Tobolowsky) and an interview with former Pied Piper employee, Douglas (Anthony Hill), leads Gavin to pivot to one of Pied Piper’s discarded ideas: “The Box“. With the technology Gavin acquired when he brought Endframe, and with Barker joining the Hooli team, Gavin’s back in the driver’s seat.

Things are not looking up for the Pied Piper team, not like they ever were. The constant troubles the group faces never gets stale and continues to make the show a worthwile watch. In the closing scenes, we see that the company continues to lose users. Feeling defeated, Richard is ready to quit. Jared (Zach Woods) secretly takes things in hos own hands, he gets users from a click-farm. While this will get people on the platform, this idea might make things worse. With the season finale next week, we can only assume this will end terribly. 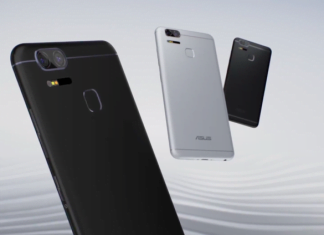