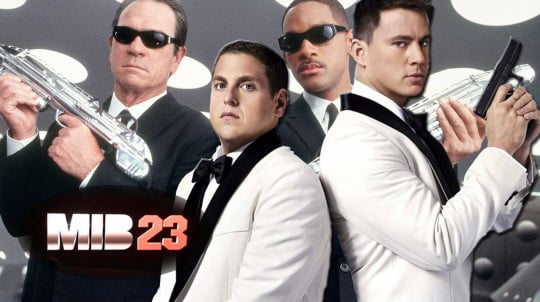 MIB 23 the crossover between Sony’s 21 Jump Street and Men In Black is happening (Whatt!!??) and now it’s got an official title and logo.

The logo revealed by Sony at 2016 Cinema Con featured the letters “MIB” in the metallic finish and the number “23” in red similar to the red in previous Jump Street and MIB logos.

Jonah Hill and Channing Tatum will return to reprise their roles from Jump Street But there is no news available for recast of MIB or whether they’ll bring back actors from previous films.

James Bobin is expected to direct the crossover, the production will enter in June.

While the idea for the crossover first came in notice during the 2014 hacking of Sony Pictures, details on the film’s plot remains a secret.