Since Qualcomm released its Snapdragon 820 chipset last year, there were rumours about which manufacturer would be the first using this chipset and lead the industry. The launch of Le Max Pro puts the rumours to an end.


Le Max Pro shares many similarities with its predecessor, Le Max, which was launched in India early this year and started the open sale in India earlier this month. Its bezel-less, full metal uni-body design out of aircraft grade aluminium makes it solid and premium. It also has a screw less industrial design, as well as the world’s first full-floating glass, which is a Sharp branded screen exclusively for LeEco.

Le Max Pro sports a 21MP rear-facing camera unit with Sony IMX230 Sensor, f/2.0 aperture, PDAF (Phase Detection Auto Focus) and dual ISP support. The 4MP unit up front is accompanied by 81.6-degree wide-angle lens with f/2.0 aperture.
As the Snapdragon 820 chipset is optimized for a perfect performance, Le Max Pro sores over 140,000 in Antutu, one of the most popular benchmarking apps on Android. The device also comes with 4GB RAM and UFS 2.0 flash storage, which is currently the fastest mobile storage technology available in the world. 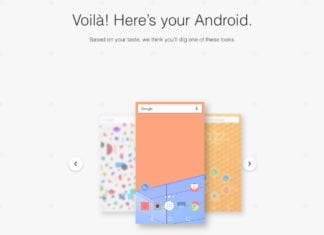 Sparsh - March 12, 2017
0
Android is all about customization, and there are so many ways to tweak the look of your phone and the probability that your phone...

“Iron Fist”: Photos from the shooting