Set in the near future, Colony centers on a family who must make difficult decisions as they try to stay together and survive. They live in L.A., which has been occupied by a force of outside intruders. While some people have chosen to collaborate with the authorities and benefit from the new order, others have rebelled and suffer the consequences.

USA Network’s really going on. The sender wants more daring way. The first achievement was Mr. Robot. Colony will certainly not bring about the same as Mr. Robot, but television followers will agree that this is a whole different series than the series they make common. This move is understandable. USA wants to sit at the grownups table. Always from a distance look at how the big boys hit the ball out of the stadium, will eventually annoying. Participation is not the same as winning in the television world, but you want to participate anyway. I do not know if Colony will participate with the powerhouses of the other cable channels, but it is definitely a series that I can appreciate.

Colony is set in the future in Los Angeles. Every city is a kind of Chinese wall and the city is isolated from other cities. There is a curfew and there is a strict regime. Who or what that regime is exactly is not yet clear. What becomes clear is that the people live in fear. William ‘Will’ Bowman (Josh Holloway, Lost) is a former FBI agent who is hidden under the name Will Sullivan. This is because he is afraid that his past him eventually obsolete. He has for years endured together with his wife and children, but eventually the inevitable happens. Will fall into the hands of the governor, Alan Snyder (Peter Jacobson, House) of the Los Angeles area and that allows him an ultimatum: either he joins the ruling power, and joins a task force Resistance chase, if he and his family have their lives not sure. Will eventually agreed because he promised to cooperate may result in the reunion with his son. Will make the right choice?

There is still more in the pilot, but it spoiled perhaps explain the inevitable plot twist. However, I assume that the real television warriors relevant twist halfway already see it coming. That is a shame because it was the pilot otherwise made much more effective. Nevertheless, the data (although certainly not unknown) still quite interesting. The pilot does not hold the hand of the viewer and leaves enough scope to interpret things. Information is not too flashy pushed in your face. For who / what is now the ruling power? We’re dealing with aliens? It is mainly an indicator light when you hear that during a call, “no one ever sees them.” The pilot creates an interesting environment where the viewer certainly want to know how everything came about. So it is an effective pilot that makes you curious for more.

In essence, this pilot is about making choices. You fight for what you believe, or bend your head and obey you? And what impact these choices have on your family and your loved ones? I am curious about how the series finally deal with these questions. Series / movies with this kind of themes always do me good. It is about power relations, dependencies and revolt when needed. For indeed, what would you do in such a situation? As a viewer you move quickly in the shoes of the protagonists. Governor Alan Snyder says at one time “the most important day in the life of man” is coming. And that he “makes use of the opportunities that he has, because everyone should do.” Would anyone do that … At the expense of everything and everyone?

Josh Holloway is an interesting leading man. For me he is well cast. He shows that he is able to highlight several aspects of this character. I myself am skeptical about Sarah Wayne Callies. I am not really a good actress, but her I’ll give her the chance to absolutely convince me right now. What it does in the pilot, it does at least not without merit. In addition there are some interesting actors on the screen I like to see at work. The ten-part first season of Colony you may therefore definitely keep an eye on. On December 21 (2015), the pilot was made available online by USA Network, but the series is officially in January (2016) premiered. 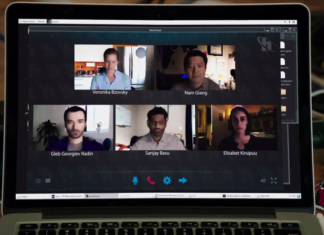 Sparsh - June 5, 2016
0
The Silicon Valley episode takes look at one of the geekiest coder nerd fights in history -- spaces vs. tabs -- with comic relief....

Why did Bruce Lee appear in Once Upon a Time in...