Bruce Wayne is missing. Alfred covers for him while Nightwing and Robin patrol Gotham City in his place. And a new player, Batwoman, investigates Batman’s disappearance…

Batman: Bad Blood has a lot going on it, from introducing Batwoman and Batwing to putting Dick Grayson in the Batsuit.The most interesting addition to this movie is Batwoman, a fan-favourite character who has become a very popular and interesting superhero. Kate Kane/Batwoman is a great character, but she doesn’t get much of an arc or time to show how awesome her character is.She never got a chance to discover what truly makes her tick, barely scratching the surface of her own mythology although , she gets a few cool moments of her own, but not enough to make her character stand out in the crowd with other heroes and villains.

In the movie, The main theme is, As much of a loner Batman tries to be, he’s at his best when surrounded by his family. What’s important about this family is that it represents the strong bond between members.

The plot of the movie is pretty straight forward. Batman disappears and it’s up to Nightwing and Robin to find him. The duo gets help from a  new hero who call himself Batwing.

I do however recommend watching Son of Batman and Batman vs Robin before watching Bad Blood. It’s not necessary, but you’ll better understand more of developments of the characters and relationships between Bruce Wayne, his son Damian, and Dick Grayson.

as lots of stuff is going on in the film the character sketch of new characters don’t get much of an arc or time to show, the CGI in some places doesn’t match like when Batwoman is riding the bike or the batmobile ; although I am quite a fan of WB animation but this irritated me sometime.

And watch 5 min preview of this movie. 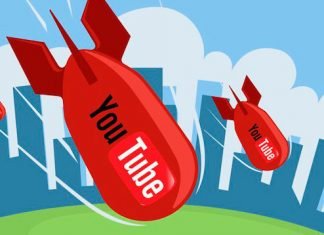 Bad news for those who make money from YouTube, these conditions...

Agrim - January 18, 2018
0
Making money on YouTube is going to be more difficult now. The company has updated its partner program. According to this, channels or creators...

10 Hollywood Movies With Clues Right In Front Of You But...