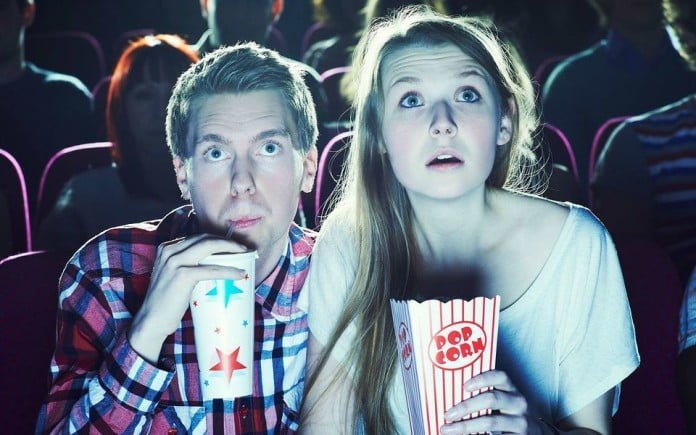 An Easter egg is an intentional inside hidden message usually to see if viewers can spot it or not. Some filmmakers use subliminal messaging or hidden visual clues to foreshadow movie plots.

Some movies use this “foreShadowing” right at the beginning or opening credits of movies. It’s almost like the first scene of the movie reveals the whole Story. But they slips from our eyesight (except Deadpool movie ,remember the opening credit? )

I have a list of 10 instances of these foreshadowing:

Fight Club is the story of a frustrated office worker who finds an outlet for his frustration when he makes a new friend.

Outcome – Tyler is actually a creation of the narrator’s imagination and points to a split in the character’s personality.

Surely you didn’t see M’s (Judi Dench) death coming? or did you?

Outcome – Well, if you don’t want this spoiler, Scroll down. M dies.

Arnold Schwarzenegger as Douglas Quaid, the movie shows the lead wishing to leave behind his routine life for a simulated dream.

Shadow – One of the company workers makes an off handed remark when he notices part of dream saying, “Blue sky on Mars, never seen that one before.”

Outcome – The seemingly bland comment is foreshadowing of the movie’s climax ,Mars a habitable planet with blue skies, the end is still actually a dream.

This is the story of a banker, Andy, unjustifiably convicted to life imprisonment for murder.

Shadow – Prison-mate Red lead down Andy’s hopes to escape by saying, “I don’t think you should be doing this to yourself. It is just a ‘shitty pipe’ dream. I mean, Mexico is way the hell down there…, and you’re in here.”

Outcome – A shitty pipe is precisely how Andy manages to slink out of the prison. ( I didn’t see that one coming)

Batman has a new foe, the Joker portrayed by Heath Ledger Directed by Christopher Nolan

Shadow – Harvey Dent to Bruce Wayne, “You either die a hero. Or, you live long enough to see yourself become the villain.”

Outcome – Pretty much the relate to both, Dent and Batman. as one Dent up surviving his death only to suffer (due to death of his fiancée) which pushes him toward evil. While Batman has to take up the mantle, framed with Dent’s murder.

The Sixth Sense is the story of a young boy who can “see dead people.”

Shadow – Throughout the entire movie, the fact that Dr Crowe (Bruce Willis) is mostly ignored in other conversations with other human beings apart from Cole.

Outcome – It’s because he is actually a ghost. You should’ve seen this one coming.

Meant to be a park of genetically engineered dinosaurs for observation.

Shadow – In a short take, while sitting in the helicopter Alan has to deal with a faulty seat belt, With female buckles at both ends. So, he ends up having to tie the belt around his waist to work around it. (ha! life hack 101)

A Zom-Com, where a group of friends have to survive the apocalypse.

Shadow – In a conversation between Ed and Shaun “A bloody Mary first thing, a bite at the King’s Head, couple with The Little Princess, stagger back here and back at the bar for shots.”

Outcome – That is precisely how they deal with the zombie apocalypse. Their first zombie kill was a lady named Mary, before they move on to save Shaun’s step-dad who was bitten by zombie in the head, followed by the meeting with the couple that join the group, after which Shaun patches with his ex-girlfriend (the little princess), all to end with the whole group heading back to the bar for the final shots.

Shadow – Norman mentions to Marion that his mother is “as harmless as one of those stuffed bird or animal” .

Outcome – She literally is exactly like those stuffed animals.

The Avengers had all of the popular marvel heroes together to save earth.

Shadow – Tony Stark points to one of the engineer on board the ship was playing the video game Galaga (game in which you have to defend Earth from a shower of alien ships).

Outcome – I know you know it.